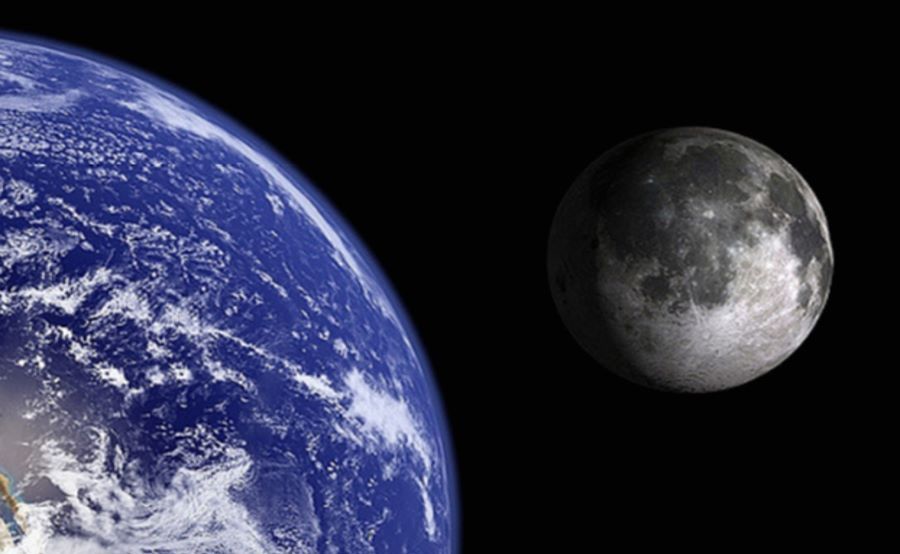 Days on Earth will get longer and longer, all thanks to the Moon, which affects the rotation of our planet, US researchers report. Their analysis shows that 1.4 billion years ago the day was much shorter, lasting just over 18 hours.

A new study conducted at the University of Wisconsin-Madison, whichóhe reconstruction of the history of our planet’s relationship with the Moon shows that a day on Earth has not always lasted as long as it does today. The results of the scientists’ worków appeared in the journal „Proceedings of the National Academy of Sciences”.

The Moon is continually moving away from Earth by 3.82 centimeters per year. 1.4 billion years ago, when the Silver Globe was closer to our planet, a day lasted just over 18 hours – analysis shows.

– Earth is like a spinning figure skater, whichórej revolutions slow down as they extend their arms. The same is true when the moon moves away from our planet – said Stephen Meyers of the University of Wisconsin-Madison, author of the paper.

In an article in PNAS, scientists describe tools and methods that combine astronomical theories with geological observations to look back at Earth’s geological past, reconstruct the history of the solar system and understand ancient climatic changes recorded in rocks. This approach is called astrochronology.

– One of our ambitions was to use astrochronology to determine time in the most distant past, to develop geologic time scales. We want to móc study the rocks, whichóre are billions of years old in the wayób cfównlike how we study modern geological processes – Meyers explained.

All bodies in the Solar System (and beyond) have their own gravitational field, które affecting other nearby objects. Earth’s movement in space is influenced by other planets and the Moon. Parameters of nearby objectsów help determine changes in the Earth’s rotation wokół own axis or the value of the angle of the Earth’s axis with respect to the ecliptic. These variables are referred to as Milankovic cycles, or periodic changes in the parameters of the Earth’s orbit.

They have an impact on the insolation of specific regionsóin the planet, which means they affect the climate. This peculiar climatic rhythm found in the geological record and covers millions of years. And it was with his help that Meyers and his team made the analyses.

But the research proved to be very difficult. Typical geological methods, such as radioisotope dating, do not provide the precision needed to identify cycles of. Especially if móWe are talking about the scale of billions ofóin years.

Using the geological recordów together with data on the speed at which the moon moves away from Earth, allowed Meyers to make more accurate predictions of Earth’s history than ever before. – The geological record is an astronomical observatory of the early solar system. We look at its pulsating rhythm preserved in the rock – Meyers said.

Teamsół Meyers with the help of Alberto Malinverno of Columbia University wspólnie developed the TimeOptMCMC system, whichóry combines astronomical theory, geological data and a statistical approach called Bayesian inversion. The system has been used to dwóch rock layers: the Xiamaling formation from 1.4 billion years ago with póNorth China and a formation of 55 millionóin years from Walvis Ridge in the South Atlantic. In this wayób researchers gained the ability to calculate the distance between the Earth and the Moon, the change in Earth’s orbit and even the length of the day 1.4 billion years ago.

The moon is currently moving away from Earth at a speed of 3.82 centimetersów per year. We know that our natural satellite is 4.5 billion years old. If the speed of the Moon’s retreat had been constant, then 1.5 billion years ago the Silver Globe would have been so close to Earth that it would have been torn apart by the planet‘s gravitational forces. However, the teams developedół Meyers’ approach showed that the Moon once moved away from Earth more slowly.

In the future, scientists want to use the developed method to reconstruct the evolution of the Solar System.