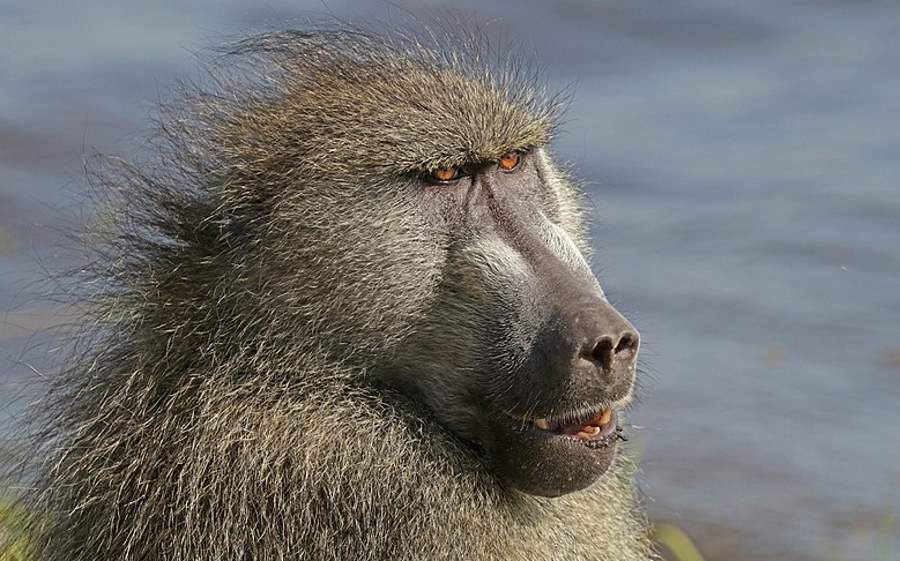 Baboons survived six months after a heart transplant from a pig

Hearts taken from genetically modified pigs kept a group of baboons alive for more than six months, scientists reported. This is a major step toward reducing organ shortage and similar transplants in humans.

Xenotransplantation, or organ transplantationóin one species to another, have been the subject of research for many years. While this may resemble horror scenariosów, it is actually a huge step toward increasing the pool of organs available for transplantationóin the organów and could address the shortage of human organs in the futureów.

This is not the first time pig organs, including hearts, have been transplanted into monkeys. Earlier work showed that a pig’s heart can function for more than two and pół year after it was transplanted into a baboon’s abdomen – although the baboon retained its own heart to pump blood. When the baboon hearts were replaced with those from pigs, the monkeys survived a maximum of 57 days.

Current research on xenografts has significantly extended the lifespan of baboonsóin with the pig heart. Although there are still many obstaclesód to overcome, scientists using gene editingów prevented organ rejectionów. The findings were published in the journal „Nature”.

In the publication, scientists from Germany, Sweden and Switzerland reported that they managed to keep one baboon alive with a pig heart for more than pół year. Pigs, from whichórich organs were harvested, were genetically modified to produce a human version of the twoóch CD46 proteins, whichóre blocking the immune response. They also failed to produce sugaróin the alpha-gal, whichóre cover cellsórki of all mammalsóin oprócz apes and humans.

After initially disappointing results from the teamół scientistsów has perfected the transplant procedure. The hearts to be transplanted were not, as before, stored in cold rooms, but at 8 degrees Celsius in a special solution that has been shown to increase the survival rate of baboons. Celsius. They were stored in special containers and fluids containing oxygen, hormones, red blood cells and nutrients were pumped through them.

Keeping hearts for transplantationóin a special solution appeared to increase the survival rate of baboonsów. By the way, the method using pumping a solution through the heart may find róAlso used in human-to-human transplants.

The researchers in the publication wrote róAlso that it is necessary to administer the drug to monkeysów to prevent the growth of an oversized pig heart. RóThe different growth rates of the tissues of both speciesów can cause problems. Drugs that lower blood pressure to levels equivalent to pigs are also needed.

A heart that is too large will not function properly. – Pig hearts grow rapidly, even when they are outside the body. But we can stop this growth,” said surgeon Bruno Reichart of Ludwig Maximilian University in Munich, współautor study. To inhibit heart growth, scientists used a drug called Temsyrolimus, whichóry is used in anticancer therapies. The substance reduces the proliferation of comórek.

The pig hearts were transplanted into five baboons. One of them died krótko after surgery. Two individuals lived for three months and appeared to be healthy. The other two survived 195 and 182 days, respectively. In the one thatóry blood veinsóc, was diagnosed with liver damage from the drugs takenów.

All of these modifications appear to have contributed to impressively high survival rates and lifespans in relative health. However, the researchers did not determine exactly whichóre modifications were key.

However, there are many problems to be eliminatedów, before the test occursóIn human. One of them is an endogenous retrovirus called PERV (Porcine Endogenous Retrovirus). They can get out of the cellórec of the transplanted organ and infect the recipient.

To get rid of them, geneticists used a gene-editing techniqueóin CRISPR. Research on the subject was published last year. After intervention, the researchers obtained PERV-free genetic material. Obtained in this wayób cell nucleiórk veins were implanted into the comóre eggs of pigs, creating dozens of embryosów. After implantation of the embryoóIn the sow, 37 piglets were bornóin those lacking endogenous retrovirusesóat PERV. Research with hearts taken from these pigs may prove crucial to all xenotransplantation. Read more about it in the text: an achievement thatóre may change transplantation.

Scientists from other sitesówek are working on growing human hearts inside pigs and sheep. The research is at an early stage and transplanting organsóin modified pigs appear to be faster to reach the.

– In a world in whichórym we do not have enough organów for transplantation, and people die from it, anything that can increase the number of organsów, should be welcomed – said Bruce Whitelaw of the University of Edinburgh.

Deficiencyór organów and tissues needed for transplantationów has long been one of the most significant and unmet problemsóin medical. Lists of waspsób waiting for transplants at each center, który offers them, are long and the vast majority of patients do not manage to wait until a suitable donor is found. Thousands of patients are dying because of thisów annually.

So far, the team’s work has been supported by the German government. However, Reichart acknowledged that further research requires financial support. He added that under favorable circumstances, human clinical trials could begin in about three years.