A landscape not of this world. Here is the surface of comet 67PCzuriumov-Gierasimienko 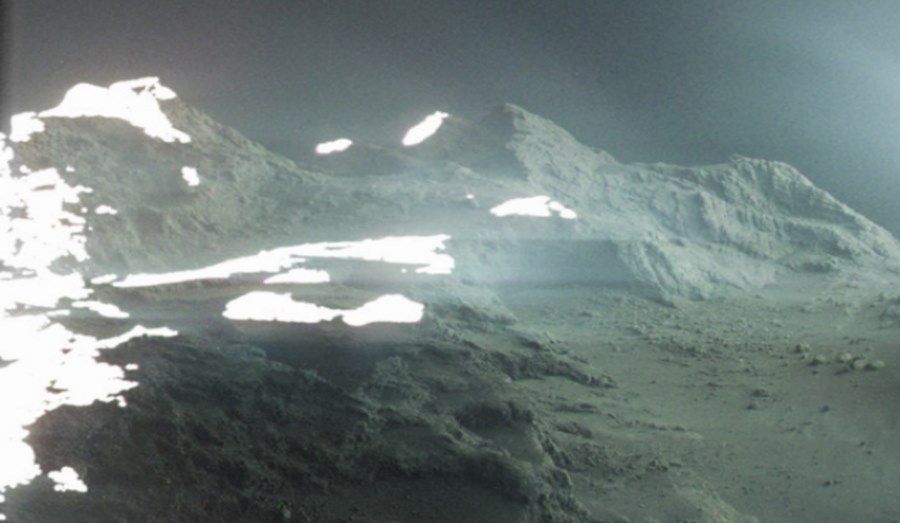 A landscape not of this world. Here is the surface of comet 67P/Churyumov-Gierasimenko

The European Space Agency published on its website a photo showing an amazing landscape from the surface of comet 67P/Churyov-Gersimenko. The image was assembled from three images taken in different radiation ranges by an amateur astronomer from Spain.

The Rosetta mission launched in 2004. It was carried out as part of the Horizon 2000 space exploration program conducted by the European Space Agency (ESA) since 1984. Its purpose was to conduct research to helpóc to understand the mysteries of the solar system and, above all, to learn more about the origin of comets and their importance in the formation of our planetary system.

The Rosetta probe has collected an impressive amount of images and other data on the comet during its study of comet 67P/Churyov-Gersimenko. Now ESA has released yet another remarkable photograph showing the cometary landscape.

The image was taken on September 22, 2014. Just two months after the probe’s first close encounter with the comet. At the time the photograph was taken, Rosetta was 28.2 kilometers from the comet’s center (about 26.2 kilometers from its surface). Amateur astronomer Jacint Roger Perez of Spain selected and processed this image, combining three frames taken in róThe different wavelengths by the OSIRIS camera mounted on board the probe.

In the center of the photo, slightly to the left is Seth, one of the regionsóin the geologic located on the larger of the twoóch endóIn comet, który is descending toward the smoother Hapi area located on the "neck" comets, kt siteóre connects the two distinctive elements of 67P/Churiumov-Gierasimenko. The landscape in the background are areas called Babi and Aker, whichóre are located on this larger part of the comet.

The sharp profile at the bottom of the image shows the Aswan cliff, a 134-meter-high escarpment separating the Seth and Hapi regions. Observations taken by the Rosetta probe shortly before reaching the comet’s perihelion, which occurred on August 13, 2015., showed that part of this cliff had collapsed. This was a consequence of increased activity as the comet approached the Sun along its orbit. 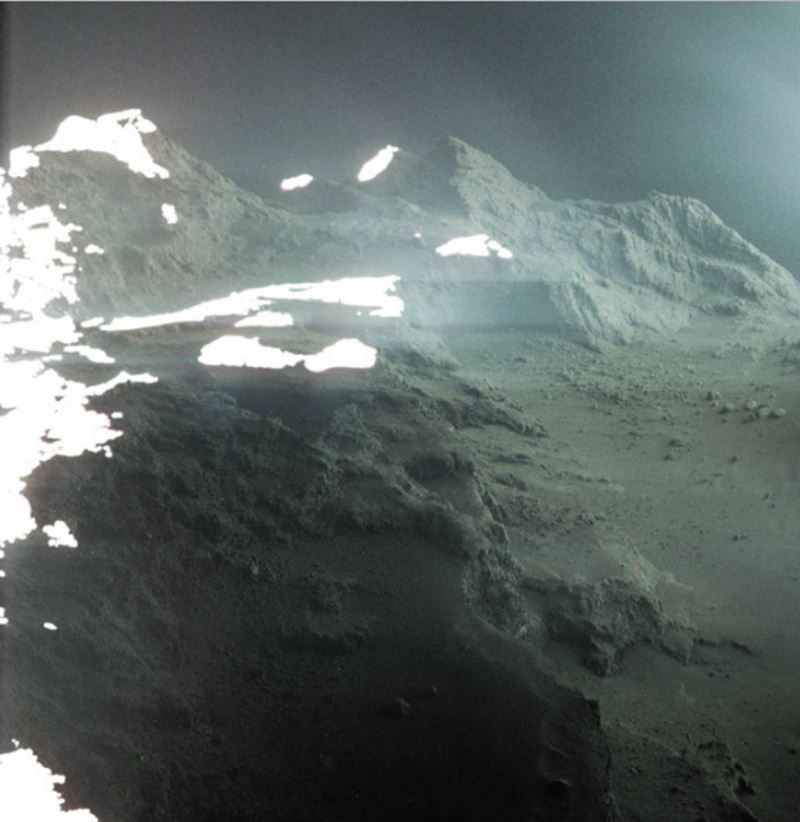 In November 2014, the Rosetta probe launched the Philae lander, whichóry safely, albeit with adventures (the lander bounced off the comet’s surface twice), settled on the comet. On September 30, 2016, the probe made a controlled impact on the surface of comet 67P/Churiumov-Gersimenko.

The cost of the Rosetta mission, including the construction of the probe, lander, research instruments, launch costs and operational costs amounted to about 1.4 billionóin euro. Over 12 years, the probe has traveled six billionóin kilometerów while collecting huge amounts of data about comets and other objects in space.

Image Archiveów made during the Rosetta probe mission is publicly available and can be viewed on the ESA website.